SAND AND STONE MEDIA
Ghana
This last August, we had the opportunity to travel to Ghana and partner with a local NGO. We're working on a documentary explaining what Non-Profit Organizations are actually doing to third-world countries like Ghana.

We won't lie and say that it was a tourist experience but we will say it was kinda like being National Geographic journalists on assignment. We were able to see issues within the infrastructure of the government and corruption within the villages and cities we visited. We got to see, just within the month that we spent there, that outside NGOs seem to have created a culture of dependence and entitlement within the country. Everywhere we went, we were met with people who were quick to ask for money and show us a laundry list of things they need within their communities and schools.

Okay, we don't mean to come across as heartless. Courtney spent a year and a half living in Mozambique and Swaziland in SouthEast Africa and during that time, fell in love with many things about African culture. We're like many people who think of Africa and our hearts go out to the suffering and heartache attached to poverty. We're willing to buy a pair of shoes or glasses from organizations that then give a pair to a kid in a third world country but, we were able to see the other side of that story.

Poverty is real. It's real and hard for many of us to comprehend. But we were able to see how a lack of self-reliance has led to this culture of entitlement. We went to a few schools to volunteer and teach and instead of being greeted with thanks and gratitude, we were asked to provide laptops and new buildings.

Because well-meaning foreign NGOs and Non-Profit Organizations have come in to build schools and donate materials, it's created an expectation that all foreigners will do the same. We felt like the act of giving things to people who haven't worked for them has created a culture of dependance on help from outside rather than from within.

We know that there are non-profits that are actually helping the country by employing people and giving them opportunities to make an honest living instead of just giving things away as a temporary fix. Our goal with this trip was to put together a documentary to help educate people on the possible social effects of certain types of charitable work.

Overall, it truly was an incredible experience that we'll carry with us for the rest of our lives. We were able to meet and interact with a lot of people along the way. We got to run through the grass and roll in the dirt with kids and we were able to sit with chiefs and mayors. We were  even invited to attend a local Muslim "festival of sacrifice" Eid al-Adha where they pay tribute to Abraham's willingness to sacrifice Isaac by sacrificing a goat and praying together.

We're grateful we had this opportunity to see such an interesting place and culture. We hope to use our talents and the experiences we had there to do some good in the world.

Here are some pictures and a quick video of the highlights of our experience from the capital of Accra to a few villages. 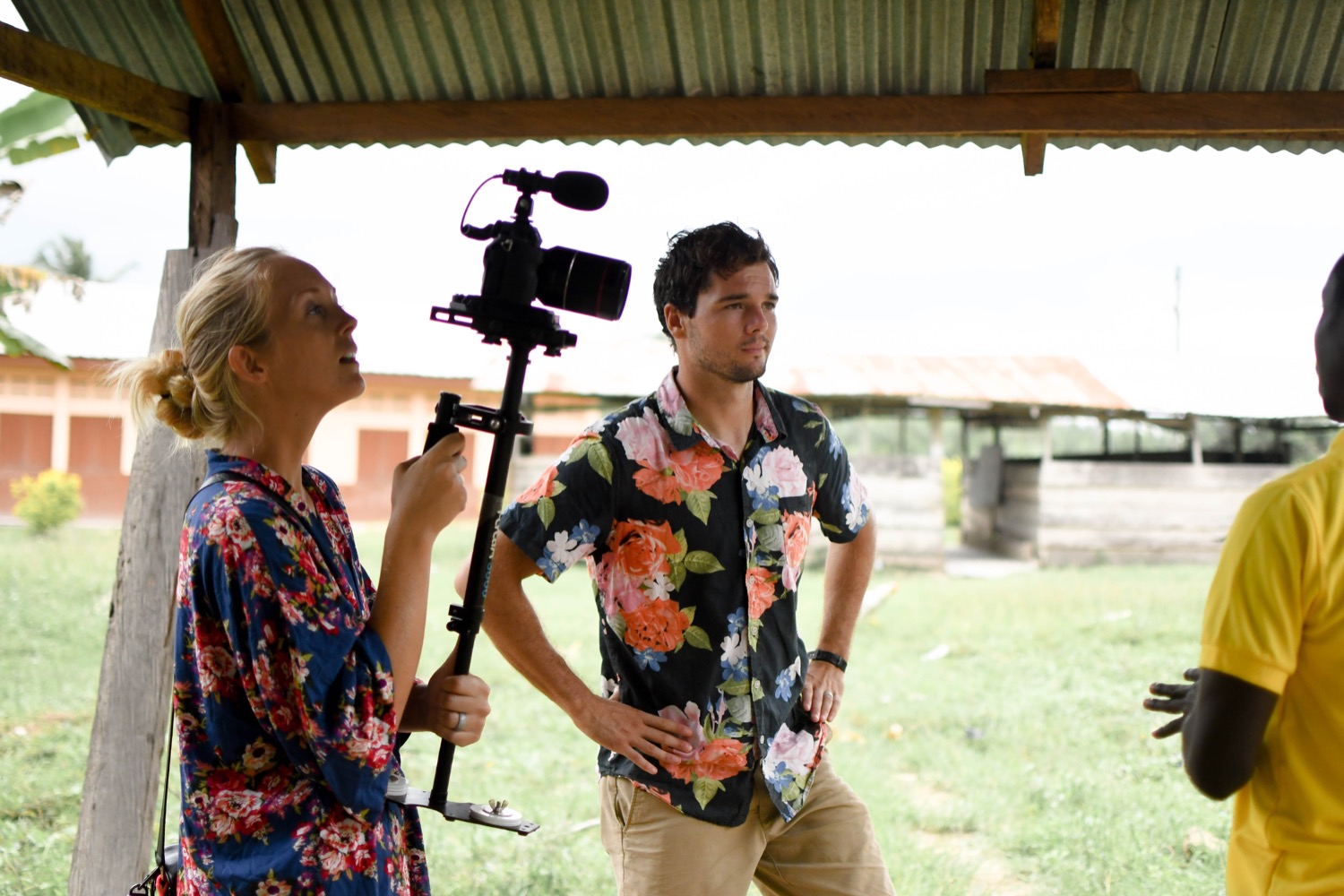