Millions of years ago, the planet was warmer, sea levels were higher and the submerged Yucatan peninsula was a vibrant coral reef. As the world cooled down, ocean water froze at the poles, dropping sea levels and exposing the underwater peninsula to the surface. The sea life fossilized into an expansive terrain of flat and brittle limestone that was soon covered with tropical foliage.
​
Then, 65 million years ago, the Chicxulub comet struck the northern end of the Yucatan peninsula and created the conditions that wiped out the dinosaurs. It also shook all that brittle limestone throughout the peninsula, cracking the ground and opening holes in the rock, creating a porous network of underwater river systems. There are no rivers in Yucatan, instead, fresh water runs underfoot, filtered through miles of rocks and roots. Openings in the limestone that lead to the water below are called Cenotes, and thousands of them dot the landscape. Slowly, humans settled in and eventually created the Civilization of the Maya.

Thousands of Ancient Mayan ruins are scattered throughout the peninsula today, hidden in dense trees and under layers of loamy soil. The expansive civilization was already crippled from inner conflict when the Europeans first arrived. When the two worlds collided, Old World diseases like smallpox and polio spread out in front of the Spanish soldiers to cripple the New World’s villages before any European even saw them. Once conquered, Spanish haciendas and chapels replaced wooden huts and stone temples. Those have given way to resorts and adventure centers that line the western coast of the Yucatán peninsula. Today, all of this has come together to be a place of knowledge, history, beauty and adventure for people from all over the world.
Tulum
Luckily, there’s no shortage of exciting things to do along the Mayan Riviera so instead of tanning our bodies on a relaxing beach, we headed inland for new experiences.
Ruins
About the Ancient Maya
Mayan culture mixed politics with religion, giving full power to the local King, who acted not only as ruler but as prophet, dictating the will of the gods to the people. Kings would often seek other states of consciousness through preparation of herbal drinks and bloodletting ceremonies, drawing their own blood until reaching a trance and speaking words that were written down and turned into policy.

The mystical portal-like openings of cenotes make it easy to see why the Mayans believed cenotes to be doorways into Xibalba, the underworld. Xibalba was a place parallel to our own world, but upside down and underwater. Spirits and demons would use cenotes as waystations between the natural world and Xibalba. Tributes and offerings were cast into Cenotes in hopes of finding favor with the many Mayan gods.

Cenotes
Activities
Beaches
​We know, you didn’t think we’d include a beaches section after what we wrote about the sargazo, but we made the best of it and still found some great spots along the water.
The Secluded Island of Holbox

We’d heard of a place on the north side of Yucatan with clean beaches and sunny skies called Holbox, and since our last full day together in Tulum was rainy we figured we’d make the trek to find it. We drove 2 ½ hours to Chiquila. It rained the whole way there and kept pouring as we tried to pay for a ferry ticket at offices that couldn’t accept cards because of weather related power outages. Eventually, we got our tickets and took the half hour ferry ride from Chiquila to the town of Holbox. There are no cars on Holbox, only golf carts and motorcycles, so we walked the width of the small town built on a sandbar made up of small modern restaurants, shops and lines of beach palapas. We chose to walk east along the length of the beach to Punta Cocos, where we found some unused palapas and beach chairs and set up camp for the afternoon. The sun came out and it was a beautiful day. The only time on our trip we were able to really enjoy the caribbean ocean without sargazo, which made it an extra special experience.
Restaurants
It's an endless task to list all of the great places to eat in Tulum, but here are a list of our favorites,
​We had a fantastic experience in our time in Tulum, and even though the sargazo was a bit of a bummer, there was so much to see and do that we still had fun every day! We wanted to leave you with a few tips for traveling through the area. A few things we’ve learned along the way.
Quick Tips
Thanks for reading,
Ben and Courtney Nielsen
​Sand and Stone Media 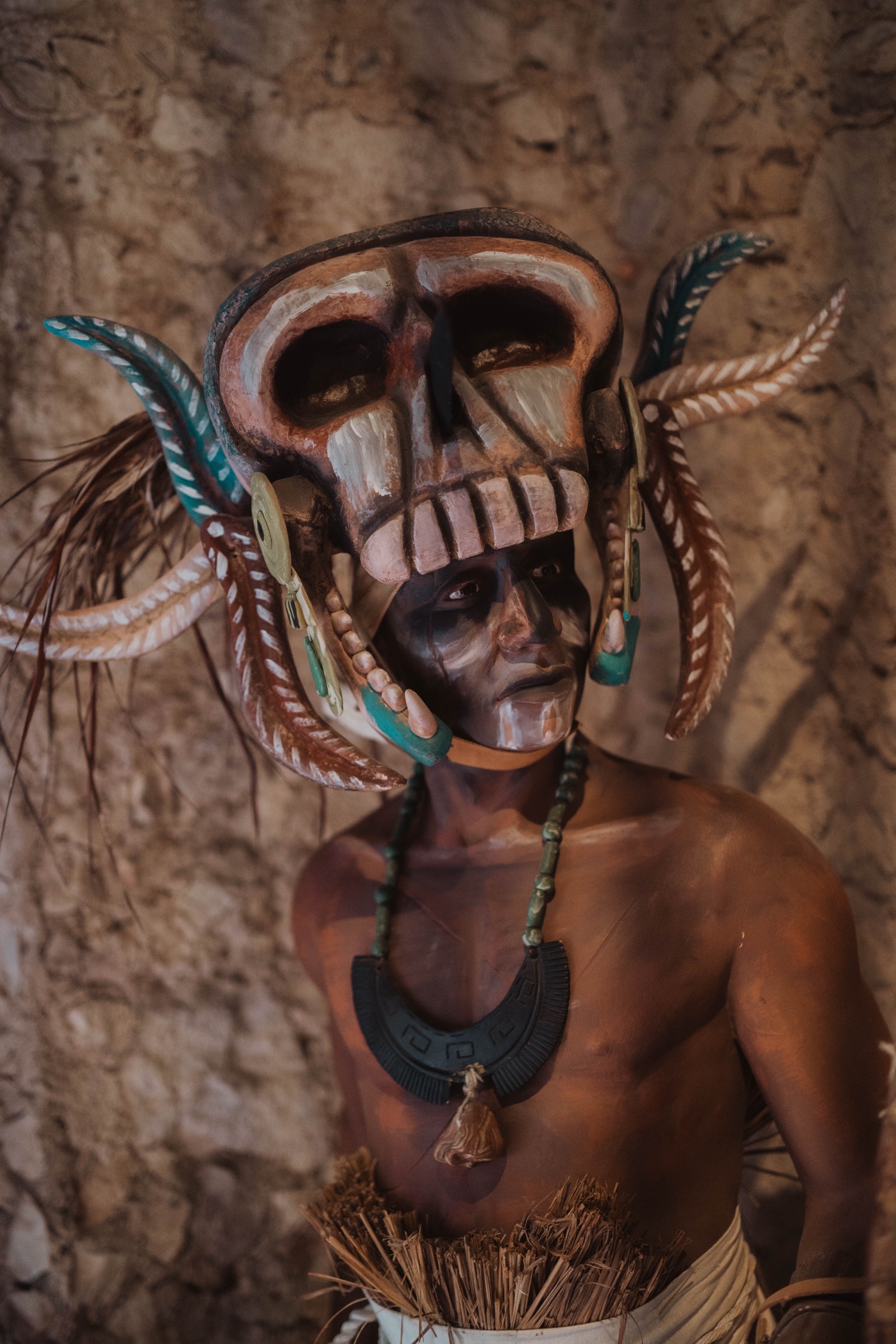